Since its beginning, the Department of Fine Arts at WSU has had a track record of quality arts education in the Northwest region and beyond, promoting critical contemporary dialogue in the arts. Some of our notable alumni are featured below. 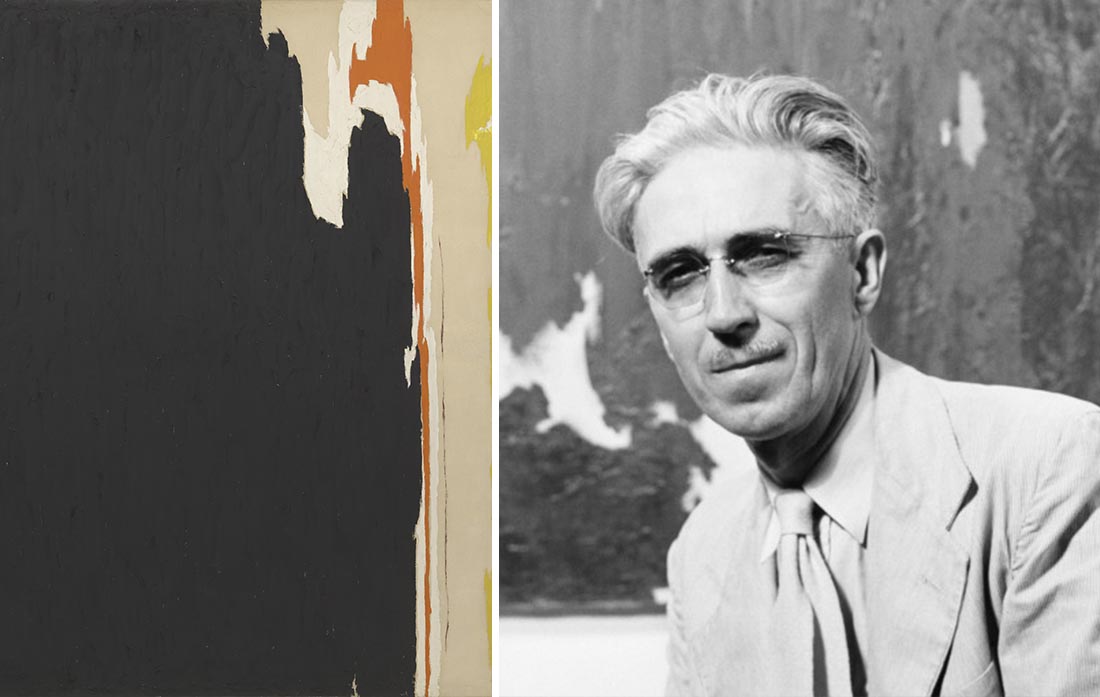 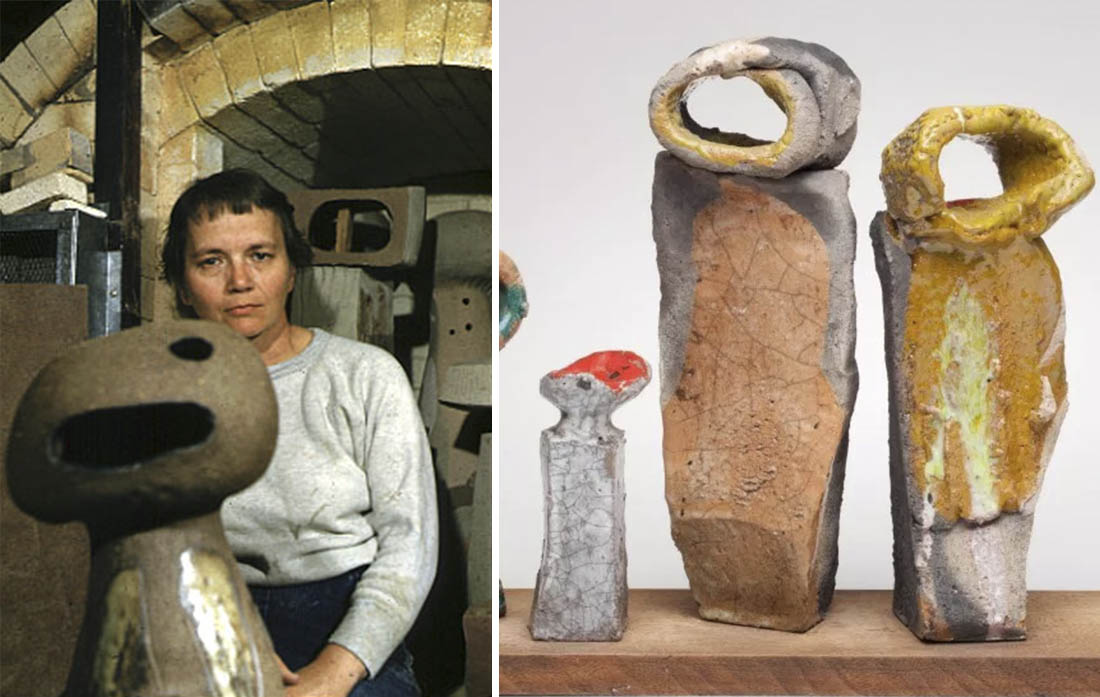 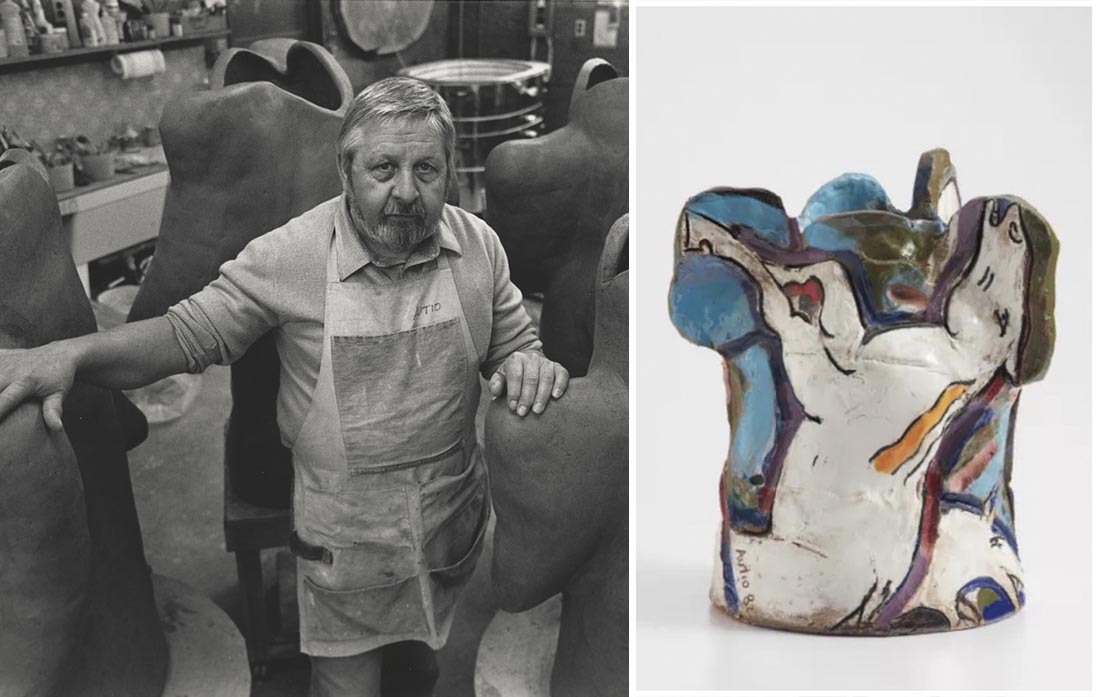 Rudy Autio (MFA ‘52) was a leading figure in the contemporary ceramics movement. While his early work reflects abstract expressionism, his later ceramic work developed a figurative style for which he is best known. Rudy Autio and Peter Voulkos were the first resident artists at The Archie Bray Foundation in Helena, Montana. Autio headed the ceramics department at the University of Montana from 1957-1985. 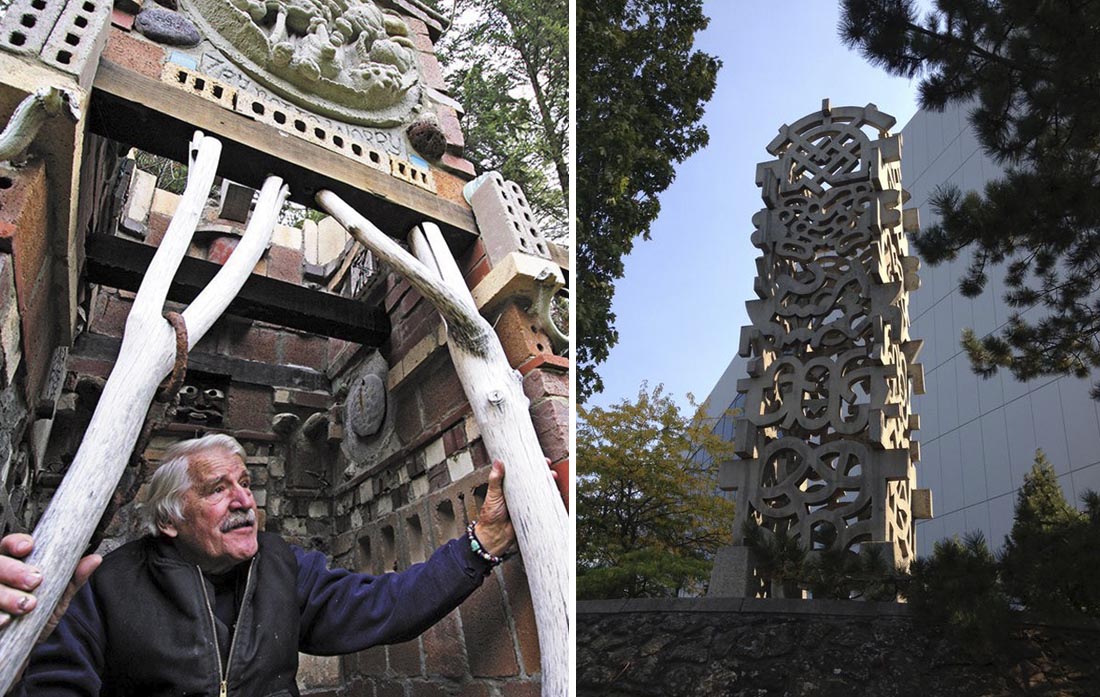 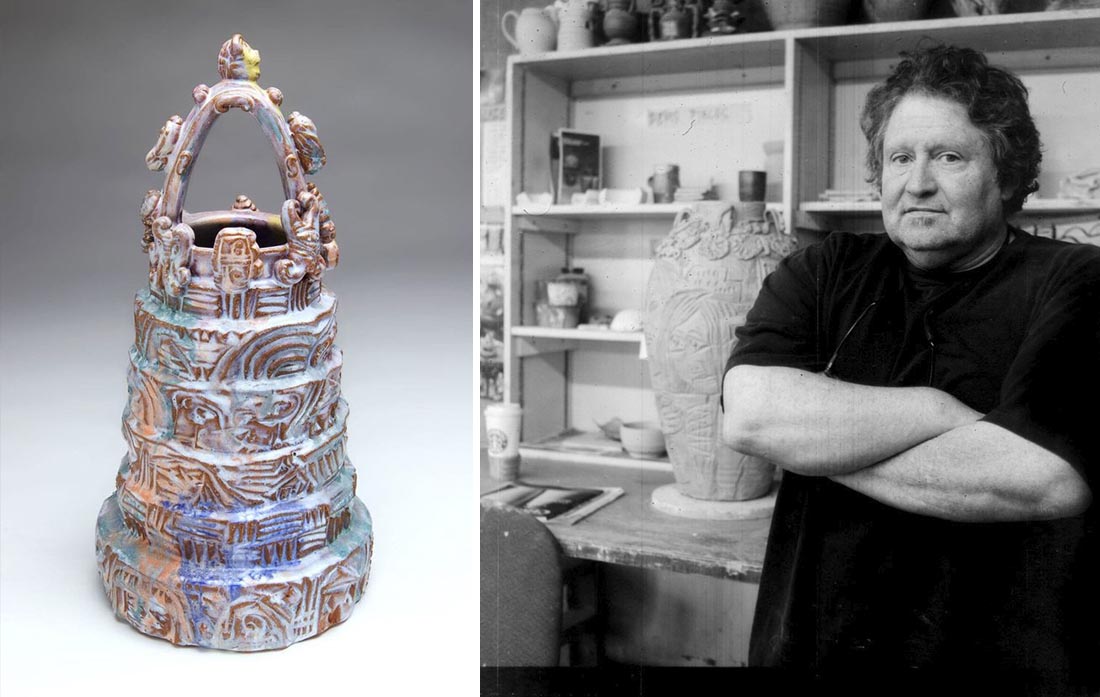 Kirk Mangus (MFA ‘79) was an internationally renowned ceramic artist and sculptor known for his playful, gestural style, roughhewn forms, and experimental glazing. Mangus was head of ceramics at Kent State University from 1985-2013. 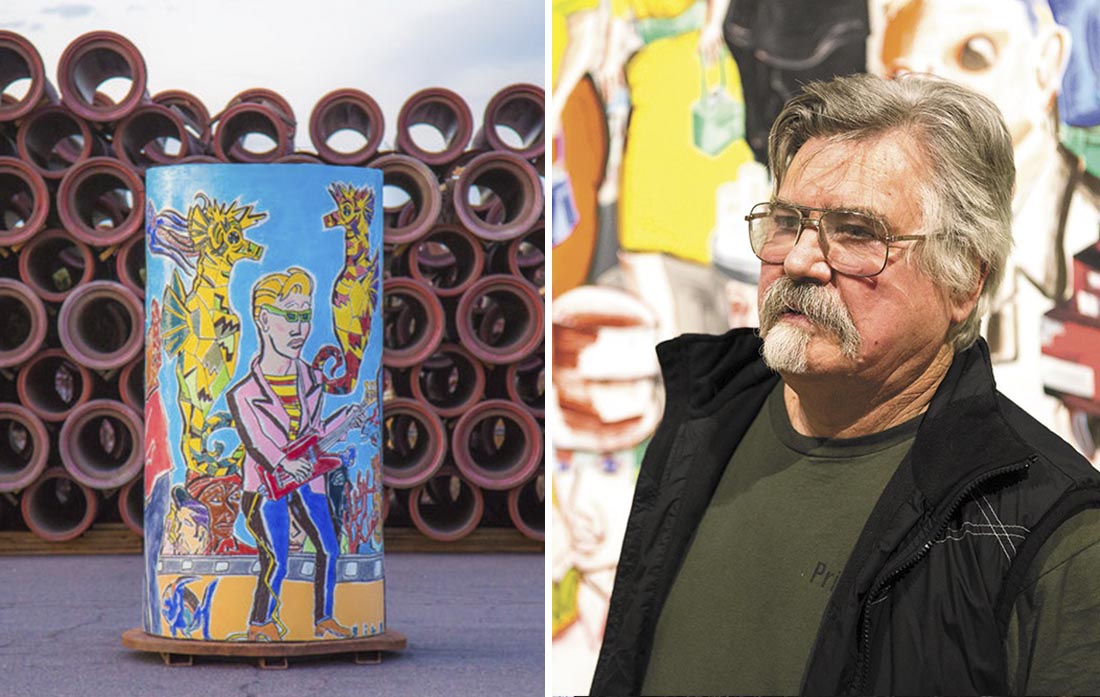 Patrick Siler (‘61) taught in the WSU Art Department for over 30 years. His large ceramic walls, paintings and drawings, which draw from German Expressionism, comics of the 1930’s and 40’s, and traditional Japanese and Chinese brushstrokes, are collected around the world. 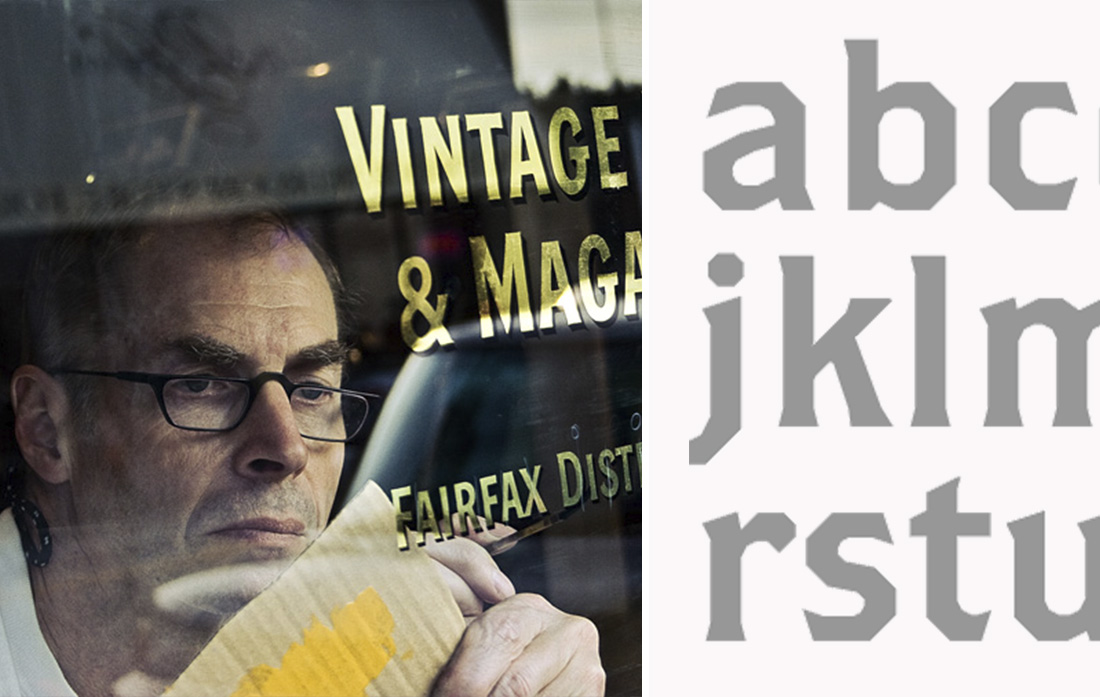 John Downer (’72) is a celebrated sign painter and typeface designer, type critic, and type historian. Some of Downer’s most popular digital fonts include Iowan Old Style and Triplex Italic. Downer’s work was featured in the 2014 documentary, Sign Painters. 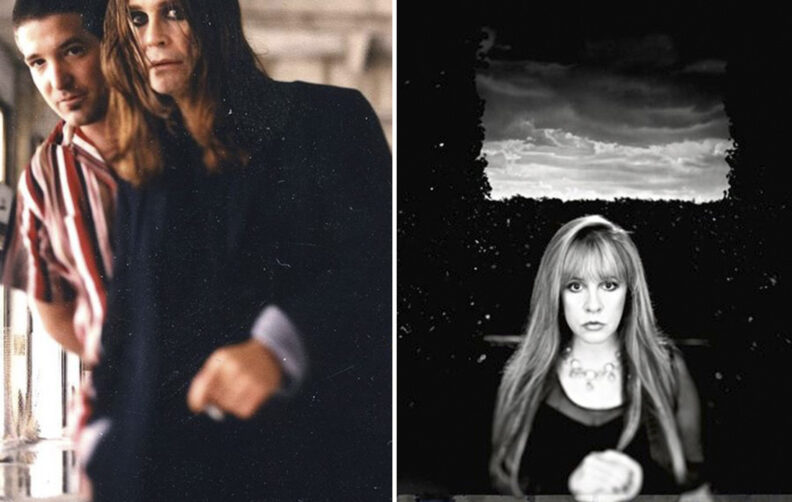 Dean Karr (’88) is a photographer and director who has worked with some of the biggest musicians, celebrities, and brands of our time. Karr directed the iconic Marilyn Manson music video “Sweet Dreams,” as well as “Kryptonite” by Three Doors Down and many more. Karr has worked with The Dave Matthews Band, Stevie Nicks, Willie Nelson, Velvet Revolver, Dr. Dre, Queens of the Stone Age, Chris Rock, AC/DC, Lenny Kravitz, Damien Marley, Ozzy Osbourne, Linkin Park, Slipknot, and many more artists, winning major MTV, Billboard, and MVPA awards. 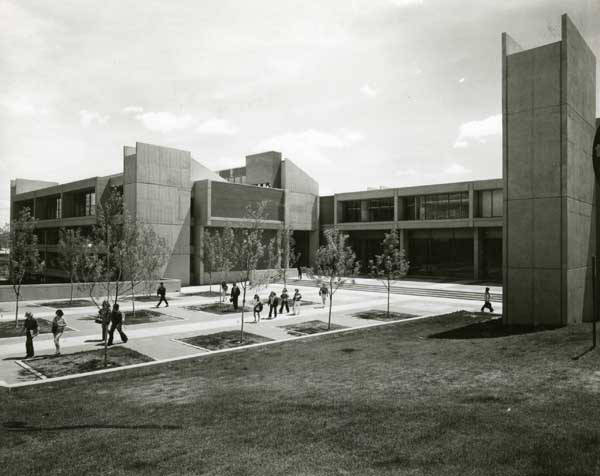 Designed in 1968, the building has a Brutalist aesthetic, popular for design buildings of the 1960s. A description of the aesthetic stated: “Combination [of] precast and cast-in-place concrete. Exposed concrete and indigenous brick, harmonious with existing campus buildings, to be used for exteriors and interiors. Mechanical ducts and pipes will be exposed to serve as teaching aids.”

Designed as three-story garage with three or four floors above it; Phase II called for a similar garage/classrooms addition attached to the south side (apparently never built). Occupied in December/January of 1970/1971. Built on a bowl, the upper portions were, in part, intended to extend the central campus further to the east. In 1988, a $2 million renovation of the non-parking floors rectified ventilation issues.

The George Laisner Sculpture Plaza was dedicated in 1980; the first art installed on the plaza was a Harold Balazs work, Tori Lantern, placed in 1979. The Washington State Arts Commission commissioned Buster Simpson’s PORTAL project in the plaza in the fall of 1999, completed in 2001.

Take a virtual tour of our building and spaces here.