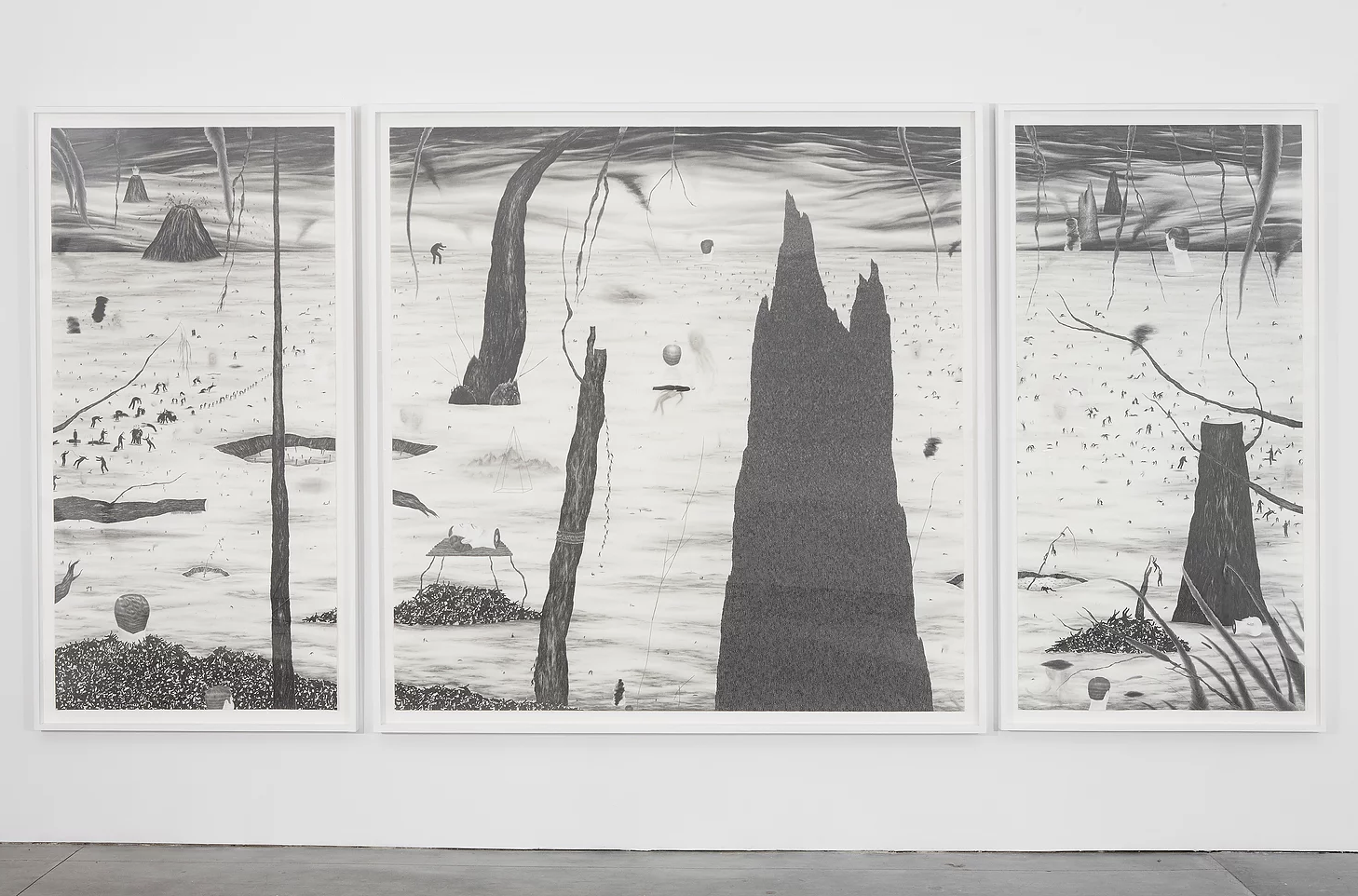 Robyn O’Neil’s work was included in the 2004 Whitney Biennial. She is the recipient of numerous grants and awards, including a Joan Mitchell Foundation Grant, an Artadia grant, and the Hunting Prize. O’Neil has had several traveling solo museum exhibitions in the United States, and  her work is included in over fifty noted museums throughout the world.

She received a grant from the Irish Film Board for a film written and art directed by her entitled “WE, THE MASSES” which was conceived of at Werner Herzog’s Rogue Film School. The film won several awards at respected film festivals upon its release.

Live Zoom Webinar – Free and Open to the Public

Please register for this event here: