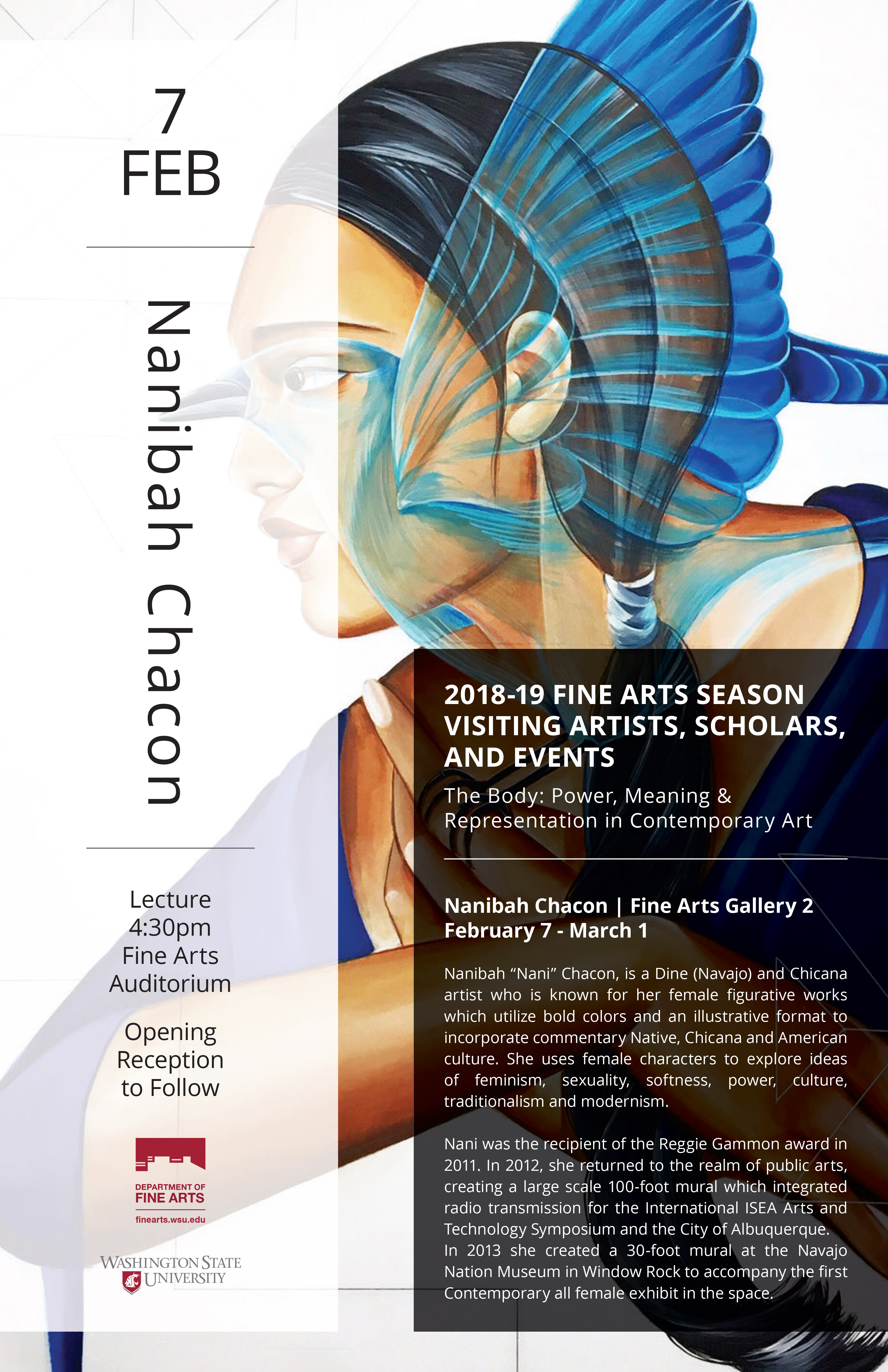 Nanibah “Nani” Chacon is a Dine (Navajo) and Chicana artist who is known for her female figurative works which utilize bold colors and an illustrative format to incorporate contemporary Native, Chicana and American culture. She uses female characters to explore ideas of feminism, sexuality, softness, power, culture, traditionalism and modernism.

Nani was the recipient of the Reggie Gammon award in 2011. In 2012, she returned to the realm of public arts, creating a large scale 100-foot mural which integrated radio transmission for the International ISEA Arts and Technology Symposium and the City of Albuquerque. In 2013, she created a 30-foot mural at the Navajo Nation Museum in Window Rock to accompany the first Contemporary all female exhibit in the space.
+ Google Calendar+ iCal Export