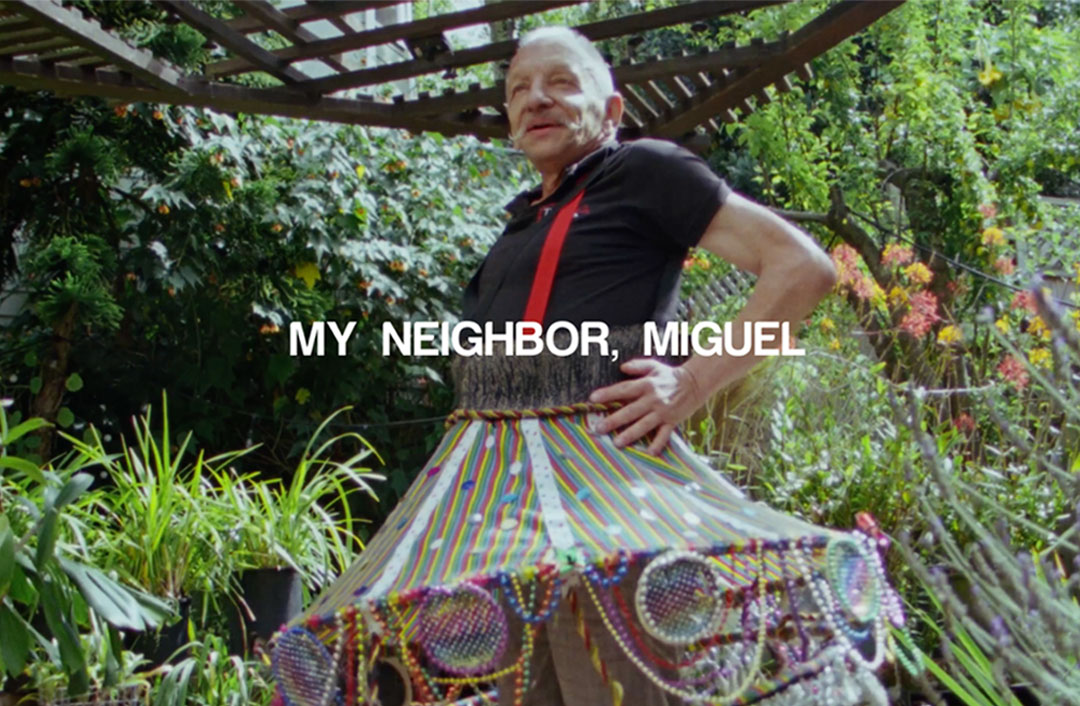 My Neighbor, Miguel – Short Film Screening and Q & A with director Danny Navarro

About My Neighbor, Miguel

In My Neighbor, Miguel, an exuberant 72 year-old gay artist named Miguel recalls his time in San Francisco during the AIDs epidemic and reflects on art, community and life after such an isolating, traumatic time that affected the entire world.

The film follows the creation and ultimate installation of one of his neighborhood-famous sculptures while he tells stories that are filled with emotional highs and unrelenting tragedy; he talks about meeting the love of his life, the joyous celebrations, and living through the AIDS epidemic in San Francisco as an HIV+ man. Using present-day and archival footage (courtesy of the GLBT Museum of San Francisco and Bay Area Reporter), we get a glimpse into the role Miguel’s intricate costumes and artwork have played; whether it was to attract a romantic partner or to fundraise for them after their death. The story is about Miguel, but it’s also about the community that he comes from; a lost generation of men that were taken from San Francisco due to AIDS.

My Neighbor, Miguel was shot on 16mm film and takes inspiration from the pacing of classic documentaries which attaches a “vintage” feel to a modern-day San Francisco. This short documentary was made as a tribute to the creative contribution that Miguel has shared with his neighborhood, community, and city.

WSU alum, Danny Navarro, is a director and first-time filmmaker. In his day job, he works in creative marketing where he focuses on telling stories of underrepresented entrepreneurs around the world. He made My Neighbor, Miguel as a tribute to his former San Francisco landlord and to those who contribute to their communities.